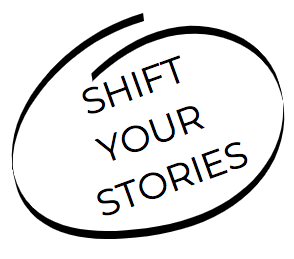 “Should” Activities Should Be Up To Us, Don’t You Think?

#CoffeeBreakStory: Anyone else weary of "should" and "could" demands?

I was clipping along briskly with stuff—doesn’t matter what—just things I thought I should and could do. Things leading to goals I had in mind. And I was urged to keep going after those things.

All in and all hands on deck! And all was fine, until it wasn’t….when I started feeling the weight of some of those things. I didn’t even realize what a burden they were becoming because I had been carrying them for a while.

Now I noticed my daily demeanor was tense. An occasional cloud of anxiety hovered overhead. The days felt full of duty and bereft of play.

I had touched on some goals but others continued to elude. I knew my path would frequently feel vertical but where was the fun to balance that out?

Sometimes we keep going after something because we’ve been doing it for so long or we’re trying so hard. But when we aren’t feeling satisfaction, perhaps it’s time to step back and take stock.

And because I could—I stopped! But this time, I made a conscious and deliberate decision that a feeling of discouragement would not reign. Oh, I acknowledged it and let it sit for a bit, even giving it a cup of tea. But then, I ushered it out the door! 🚪

Next, I decided to move with authority, rather than floundering (or even phoning a friend). I don’t want to be held hostage to feeling hollow, nor do I need someone else figuring out my next step. Instead, it was time for a course corrector, that’s all! Time to look within.

In other words, the situation was calling for me to discover what mattered more now … uncovering what I “would” do, willingly and joyfully. And then making peace with releasing prior plans that were no longer promising.

Cast Away Unwanted "Should" Stuff!

Letting go of a self (and society) imposed “should” and “could” litany was a step in the right direction!

I felt a sense of relief when I gave myself permission to temporarily do less. The newly cleared space eased my ability to shift towards what is better for me now. Life is all about change so I need to be ready to change, too!

It was such an obvious yet elusive decision. Obvious because I was feeling out of sorts. Elusive because we are regularly urged to accomplish stuff—to be busy. Only at the breaking point are we given permission for self-care.

Well, thank goodness I’m doing better with catching myself…with noticing an off mood and taking time to suss out the origin. Our emotions are critical barometers for life recalculation when we take the time to listen and act accordingly.

And my emotions were signaling time to go deep with what I determine matters most now. I gave it my all.

I threw it at the wall and said, “There you go—what do you think about that?!”

When I stepped back, I realized the new things getting my full attention were turning out pretty darn good. I felt better—more at ease.

What was at the top of my list needed to be dethroned. I realized those items took more energy than I wanted or had to give.

Other stuff I deferred and discarded. They simply need to wait their turn. Or find a new owner. Time will tell.

You see, my list was outta hand and outta touch with the hours available in my day. It’s fine to have a long list. But it’s not fine to cram it into too short a timeline (or even try!) This happens when we feel pressure to accomplish. When we feel the clock is ticking. When we compare ourselves to others. When we get weary climbing the hill.

Which is why we need to remind ourselves that we are in charge of our direction and timeline, no one else! So it’s up to us to adjust as needed.

The Wrap On Designing Your Own Masterpiece

Re-examine the “shoulds” and “coulds” in your life.

When you do the best you can with what you’re willing to do, be confident that what you throw at the wall is forming a beautiful story!

Following my intuition with what my next steps will be is proving to be my best move yet!

Do what gives you fulfillment and joy. Release the rest.

Trust the Universe will support you with co-creating your next masterpiece!

For other related topics:

Check out 📖  these useful refreshers from the blog: one on the Perils Of Perfectionism and another on Dialing Back Anxiety.

Or listen 🎧  to one of these brilliant TedTalks: Head, Heart & Gut Decision-making backed By Science or The Courage To Trust Yourself—Listen To The Nudges 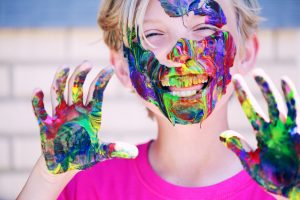 “Should” Activities Should Be Up To Us, Don’t You Think?

#CoffeeBreakStory: Anyone else weary of “should” and “could” demands? I was clipping along briskly with stuff—doesn’t matter what—just things I thought I should and could

The Next Step Is … Actually, I’m Not Quite Sure–You? 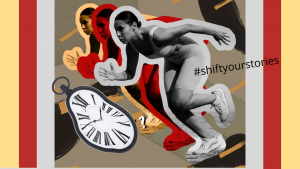 Time: Too Much, Too Little, Too Late?

It’s Coffee Break Story Time! I’m simply stunned with how this year is rolling by—you, too? It got me thinking about how time is the 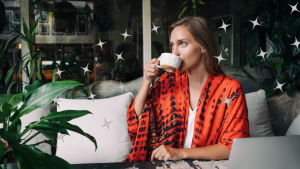 Drink In The Respite and Renewal of Ordinary Present Moments

Take five for a new coffee break story! The present moments feel satisfyingly full when I appreciate what a gift they truly are! I’m referring 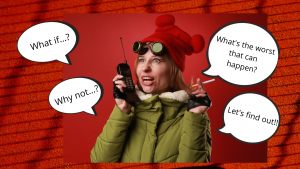 “The authentic self is soul made visible.” —Sarah Ban Breathnach Each day is a new start to show up with authenticity. I’m not afraid to take 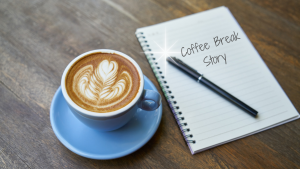 What’s Love Got To Do With It? Everything!

Serving up a coffee break story! Where is the love? If you’re like me, you’re feeling the weight of way too much anger and grief